Playing
In studying people around me, I began to notice one common characteristic. The weather grew warmer, the trees and flowers bloomed, and the air smelled wonderful. But people were not happy. They were not unhappy, but they seemed to survive only through a set of rules formed and followed all too rigorously. I was sure something else existed. I wanted to explore that "something else." I wanted to see if people could be more involved in themselves and less in such a routine.

I began to investigate "play." I wanted to see how play was formed; how necessary it was. I began with my own memories of playing. I decided to set up situations, and I found friends to act in my scenes who would enjoy themselves, and who would be natural.

I noticed something other than mere playing, though I was just watching friends engage in ordinary activities: a conscious effort. I uncovered unexpected motives while recording these people. I raised questions concerning it and included these interpretations in my story. 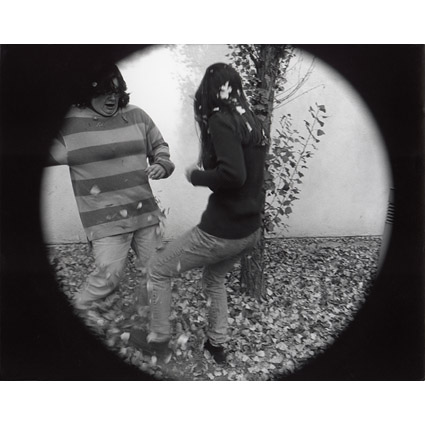